This article, by Matt Null, was originally published in the North County Times.

SAN MARCOS -- Growing up on the Florida coast, Scott Richards was an accomplished swimmer, setting records from the age of 8 all the way through college, but he always knew something was missing. 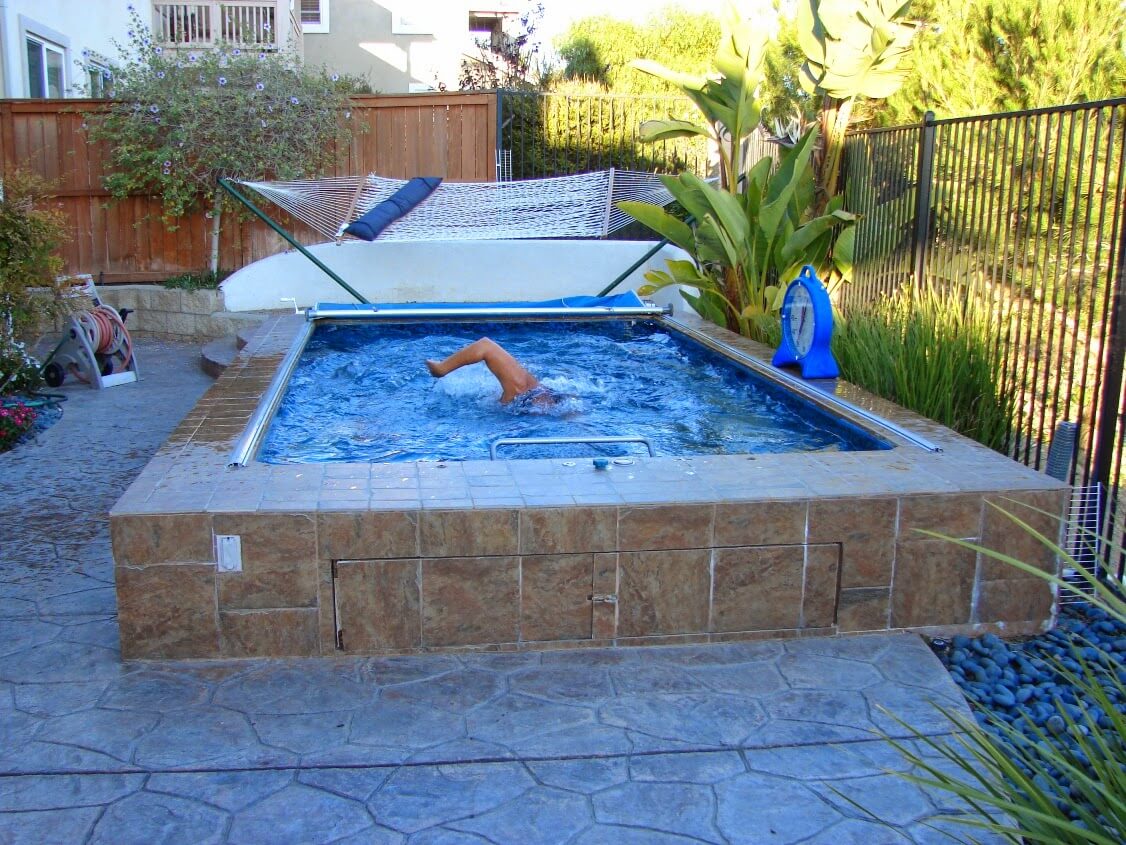 "Without the Endless Pool, I would have never achieved this," Richards said of his swim across the English Channel. "The pool has enabled me to do a lot of things I normally couldn't do. I can get up in the morning and within five minutes of waking up I can train. It was a godsend."

So in 1978, while on summer break, he found what he was looking for -- open-water swimming.

"Being an ocean lifeguard in Miami and Hollywood (Fla.) and the daily one- to two-mile swims began my love of open-water swimming," he said. "I loved the freedom of it. Instead of the idea of having to compete against somebody, it was just you and the water." 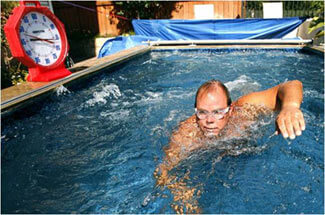 Some 28 years later, the 47-year-old doctor and San Marcos resident is now looking to complete what he calls the "Triple Crown" of open water swims as he will travel to England from July 7-14 and attempt to cross the English Channel.

Kathleen Wilson, a friend who also completed the three swims, said the hardest part of the English Channel is the currents.

"The channel gets harder the further you get into the swim. I ran into horrific currents off the coast of France," said Wilson. "The last mile before France is called 'the graveyard of dreams' because if a swimmer can get through the many miles of currents, the next place they quit is right there because it can just be too much."

Richards admits he is a bit scared.

"England scares me, but to me the only reason I shouldn't make it is because of the conditions," said Richards, who swims an average of 30 miles per week when in training. "I know I can swim 10-12 hours. I know I can tolerate cold water. It is just a question of do we end up with conditions that have 8-foot seas, a chop and a swell that would mean, sorry, God says today isn't your day."

The first two stops on the Triple Crown for Richards were the 28 1/2 mile Manhattan Island Marathon Swim in June of 2006. He followed that up three months later by swimming the 22-mile Catalina Channel. Now some 10 months later, Richards is hoping to become the first person to complete all three in less than 13 months.

Richards said 16 people have accomplished the Triple Crown. Two other San Diegans -- Alan Voisard and Will Newbern -- will also attempt the feat this summer.

"If we all succeed, there will be 19 people in history, nine from San Diego," said Richards, who will get a biography and poster in the La Jolla Swim's open-water exhibit at the club at the San Diego Hall of Champions once he completes the England swim.

"I was very humbled when they told me I was going to have one," he said of his inclusion in the exhibit. "I did not feel I deserved to be in that company, but I began to realise we had a special group of people here in San Diego. The wealth of knowledge has been immeasurable in terms of what they've offered."

For Richards, the journey of swimming the English Channel began as a 13-year-old nationally-ranked swimmer. After reading a book about great American athletes that featured Florence Chadwick, the idea of swimming the channel popped into his head.

In 1950, Chadwick, a San Diego resident, became the first woman ever to cross the English Channel in both directions.

"We swim 10,000 yards a day, six days a week, so I think to myself, '20 miles -- I could swim 20 miles,' I'll do the English Channel one day," said Richards, who attended Pine Crest High in Fort Lauderdale, Fla. "And at 13 you really have no clue what you are talking about. It was something that I never really said to anybody, but I thought I would like to one day swim the English Channel."

Richard's first taste of the Triple Crown came as a crew member for Wilson during her Catalina swim in 2004.

While getting ready to jump in, his friend Dave Clark, who was in the support boat for Wilson, asked him a quick question.

"He kept asking if I was going to be OK," said Richards, who had to gain 20 pounds for the England swim. "I swam for an hour and when I got out of the water, he said, 'That was a really dumb question, wasn't it?' "

After the swim was complete, Clark asked one more question.

"When I came in after the last support swim, he said, 'So, when are you going to do this swim?' "

Richards planned to swim the race in 2005 but broke his tailbone in an accident at home. After recovering, the answer became 2006. But first, he had to get through the New York race, which is the longest of the three but takes the shortest amount of time.

Nearly all of Richard's training has been done in his backyard, where he installed an Endless Pool -- a pool with an adjustable current that allows one to swim or exercise in place.

"Without the Endless Pool, I would have never achieved this," Richards said. "The pool has enabled me to do a lot of things I normally couldn't do. I can get up in the morning and within five minutes of waking up I can train. I don't have to worry about anything. It is right here whenever I want to. It was a godsend."

Now that Richards has found what is missing, what is next?

"There are a couple of other swims I would like to try," Richards said, "but I think in fairness to my sons and girlfriend, I think I am going to take some time off."